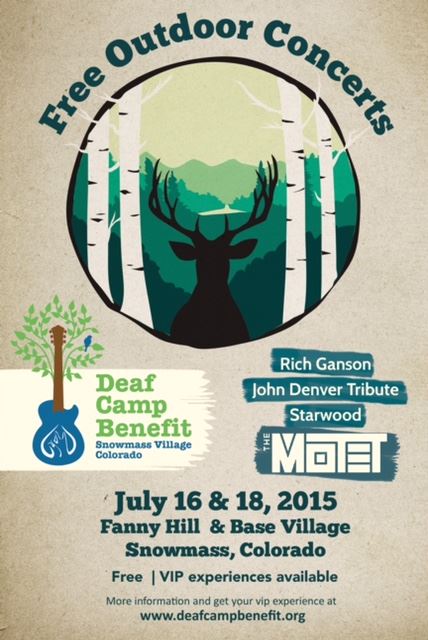 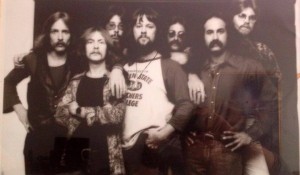 The story behind Deaf Camp Picnic.

“In 1967 Reed Harris, a close family friend, came to my Mother to see if she would help him start a camp for children with hearing disabilities or total deafness.  Reed had a son who was deaf and he was very passionate about helping the deaf community.  The foundation was based out of Reed’s El Jebel home with most of the administrative tasks performed by my mom from our home office.  They immediately set out to establish the foundation with the necessary funds to make it successful. In the early years Summer Picnics were established to raise the money to operate the camp.  Local businesses donated items for raffles and the tickets were sold all over town, mainly by family members and friends.   In the second year of Picnic a GMC Truck was the main raffle attraction which was donated by the local Glenwood Springs GMC dealership. Each year the picnics doubled in size.  The first picnic was held in the backyard of one of the volunteers.  By the second year, the picnic already needed a new home.  The Cattleman’s Association offered up their picnic area up Castle Creek where it remained for the next few years. Over the years my father had done work for John Denver and he had become a family friend.  Waterhen my mom approached John to see if he and his band would volunteer to play at the picnic, he was more than enthusiastic and offered to invite other bands to play as well.  With John headlining, a larger place for the picnic was needed.  There was a large tract of land at the base of the Campground Chair Lift in the Snowmass Valley made available.  This new location had a lot of room for the picnic as well as plenty of parking.  John secured a bandstand which was large enough to accommodate plenty of musicians and their required equipment. By John’s second year he started inviting members of The Nitty Gritty Dirt Band, Jimmy Buffett and some of the Eagles as well as other big names.  The crowds grew exponentially each year and the “Camp” was in good hands financially.  These picnics were my mom’s contribution to the camp and they eventually took their toll.  The work required her full time and she still had a family to take care of and a home based business that she and my father ran.  By the mid-1970 my mother had to step down and pass the picnic on to others to manage. These picnics provided a lot of entertaining stories to tell but those will have to wait for now.  Reed and my mother are both gone from the camp and each has passed away.  They started something wonderful and their legacy lives on today. 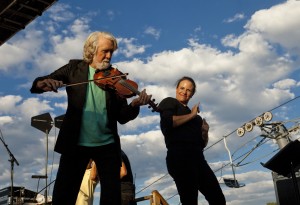 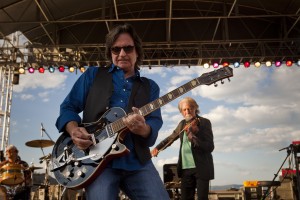