‘Chicken Soup for the Soul’ Film Gets Winter 2016 Release

Posted on September 3, 2015 by Robert Cordova 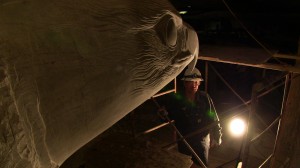 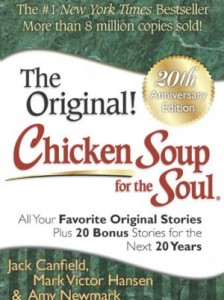 ‘Chicken Soup for the Soul’ Film Gets Winter 2016 Release Date – Roaring Fork local Jeremy Dean Russell one of the stories!   The Hollywood Reporter

Alcon Entertainment and producer Jordan Kerner are adapting the classic self-help book for the big screen.  Care for a bowl of chicken soup along with a helping of Star Wars spinoff Rogue One? In a bold move, Alcon Entertainment and Warner Bros. have set a Dec. 16, 2016, release date for Chicken Soup for the Soul, the film adaptation of the self-help  best-seller. That’s the same day that Rogue One, directed by Gareth Edwards, opens in theaters. The Kerner Entertainment Co. and its principle Jordan Kerner (The Smurfs films) are producing Chicken Soup alongside Alcon co-founders and co-CEOs Broderick Johnson and Andrew Kosove. No director or cast has yet been announced. The movie is expected to have four intersecting inspirational real-life (but fictionalized) stories. The script is being written by Lewis Colick. (October Sky, Ghosts of Mississippi) Warner Bros. will release via Alcon’s output deal.  Although rare, it is not unheard of to bring self-help books to the big screen. He’s Just Not That Into You and What to Expect When You’re Expecting have both spawned film versions. TV plans for the property have not yet coalesced.  Originally created by Jack Canfield and Mark Victor Hansen in 1993, Chicken Soup for the Soul has spawned a worldwide multichannel brand, with more than 600 million books sold over the past 22 years.